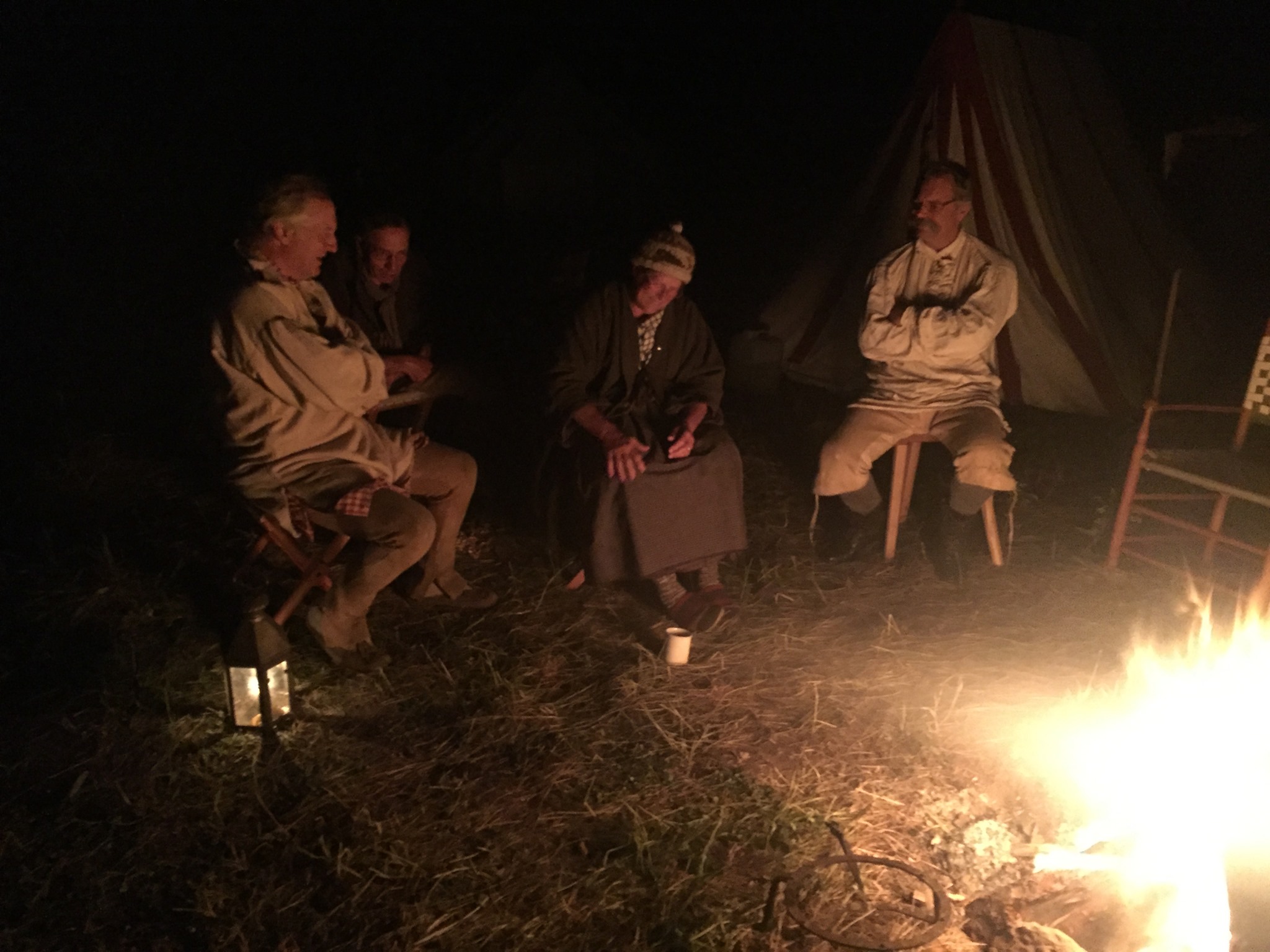 Some time in 1964, a notice was posted on the bulletin board of the Issaquah Sportsmen’s Club suggesting the organizing of a muzzle loading club. Later that year, Bill Theno, who had a gun shop in Eastgate, Washington sent out post cards to muzzle loading shooters that he knew, announcing a meeting at his shop. About 18 or 20 people attended that first meeting. It was decided to have a shooting match at the Sportsmen’s Club. Probably about a dozen shooters showed up. They had another meeting, elected officers and named the club the Cascade Mountain Men. At that time, they were the only muzzle loading club west of the Cascade Mountains of Washington.

Nick Carter and Ted Fellowes were appointed to meet with the board.  Initially, the board wanted to absorb the muzzle loaders group into their organization. The Mountain Men declined this invitation, as they did not want to lose their identity or control over their finances. They continued to shoot at Issaquah but suspended their shooting matches during the fall, sight-in period. By this time, their monthly meetings were being held at the range clubhouse. In exchange, the mountain men would provide some manpower for the occasional work party at the range.

They had monthly matches through the Summer. When September rolled around, they wanted a shoot but the range was tied up. One of our members had a connection with Camp Kachess, east of Snoqualmie Pass. They had a two day shoot, camp out and picnic. Probably 10 or 12 people attended.

Back to our monthly routine in November, they were beginning to attract a few new members. At first they used the entry fees for cash prizes but there were some complaints. As a result, they began giving merchandise prizes. Today, we shop at one of the local grocery stores for prizes. Everyone – down to the last shooter, goes home with at least one meat prize.

Rendezvous, The Club Grows and Incorporates

In 1966 they heard of a “Rendezvous” Memorial Day weekend near Bend, Oregon. Several of the club members traveled there to attend. It was sponsored by the McKenzie Raiders, a Eugene group. A lot of new friends were made and ideas gained on improving the club.

In1968, the club was incorporated into a non-profit organization. More new members, Carl Buchenroth, Frank Straight and Al Hunkeler. From 1966 – 1969 they had their Fall rendezvous on the Little Naches River, East of Chinook Pass in the Cascades. They were having a spring rendezvous near Hood Canal and attracting people from other clubs now.

Around 1968, club members began lobbying the Washington State Game Department for their own muzzle loading hunting season. Oregon had one – why shouldn’t Washington! They wrote letters and attended commission meetings. In the spring of 1969, the Commission held a meeting in Omak, Washington. 2 representatives from Cascade Mountain Men club were sent as representatives. The winter of 1968 was one of the worst on record, with a terrific toll on deer herds. When the representatives returned with news that Washington would have a one week muzzle loading deer hunt in Okanogan and Ferry Counties, everyone was very pleased. Their efforts had paid off.

The hunt was Thanksgiving week. Most of the hunters camped at Lyman Lake. Dick Armstrong – a current and active member of Cascade Mountain Men, took probably the first deer ever, in a Washington muzzle loading season. The next year, there were more hunters at Lyman lake. That hunt continued until 1978. The best year however, was 1973, when Lyman Lake hunters took 23 deer.

This site continued until 1987, when the property was sold. After that, the club rendezvous seemed to deteriorate. Several sites were tried, but none had the same charm as Camas. This rendezvous was probably the largest single club event on the West Coast. At least 2 years, they had attendance of around 1000 participants. Buck skinners came from as far away as Montana, California and British Columbia. Even several weddings were held at the event.

The rendezvous site was moved to upper Green Canyon, northeast of Ellensburg. It became a joint exercise with another club, the Running Cayuse. This site never achieved the same success at the Camas Meadows site. As a result, the rendezvous was suspended about 5 years ago. Some of our members are still searching for the perfect combination of timing, location and enthusiasm for a rendezvous. We will give it another try on the first weekend in June this year. For the future of the rendezvous and black powder shooting, we hope this is a successful event and will continue to grow and prosper for future generations.

The Wenatchee Club probably had the first muzzle loading gun shows, followed by the Bremerton Brigade and Lewis and Clark at Vader. On the way home from a Vader show, a couple of club members discussed the possibility of Cascade sponsoring one. Their first show was in early 1978 at the American Legion Hall in Burien. Every table was sold out and they had somewhere around 600 paid admissions. They had already outgrown their space, so for the next few years, they had a one day show at Kennedy High School in Burien. (can you imagine holding a gun show at a high school today?)

The need for a 2 day show precipitated a move to the Kent Commons in 1985. As more traders competed for table space, the venue was again moved to the Western Washington Fair Grounds in Puyallup. After unfulfilled promises at this location, the venue was again moved to the King County Fair Grounds in Enumclaw. Again, this venue failed to suit the club’s needs and a site was selected at the Evergreen State Fairgrounds in Monroe.

From all reports, the Cascade Mountain Men Arms, Arts and Crafts Show, is the best “traditional” muzzle loading show in the country, drawing traders from as far away as Alaska, Kentucky, Tennessee and Virginia. This year’s dates are scheduled for the second weekend in March. We should have near 100 separate vendors covering a new building with nearly 34,000 square feet of sales and display area.

A Lost Event Ripe for Renewal

For a number of years, they had some great canoe outings, usually at Lake Kachess or Riffe Lake in the Washington Cascade Mountains. They would pick a rendezvous spot and leave their vehicles at a landing and then canoe into the camp. Not much shooting took place, but a lot of relaxed fun. Somehow, that went the way of some rendezvous, due to lack of interest. A pity, but it was wonderful while it lasted.

The Cascade Mountain Men Today and Our Future

Over the years our monthly matches have changed as has our equipment. We usually have four 5 shout matches at 50 and 100 yards for the monthly aggregate. In addition, we have optional matches for pistol, black powder cartridge rifles and trade guns.

We have a greater variety of rifles now also, Thompson Center, Lyman, some of the better import guns and some custom guns. These included Pennsylvania, Ohio rifles and Hawken. We even have a few fine owner built pieces.

The Cascade Mountain Men is not as large an organization as it once was. When it was started in 1964, they were the only club in Western Washington. Now there are several clubs in this area. They have siphoned off some of our members. Our numbers may be fewer today, but we still have a tight and hard working crew. After 48 years, we still shoot monthly at the Issaquah Sportsmen’s club range on the 3rd Sunday of every month.